Skip to content
By A.C. James
It’s a pleasure to welcome back R.E. Butler for my Red, White, and Wolf Giveaway. For those of you who may not be familiar with her writing, she’s an indie author who likes to write about things that go bump in the night. 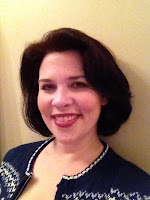 A Midwesterner by birth, R.E. spent much of her childhood rewriting her favorite books to include herself as the main character. Later, she graduated on to writing her own books after “retiring” from her day job as a secretary to become a stay-at-home mom.
When not playing with her kids, wrestling her dogs out the door, or cooking dinner for her family, you’ll find her typing furiously and growling obscenities to the characters on the screen.
Her best-selling series The Wolf’s Mate, Wiccan-Were-Bear, The Necklace Chronicles, Hyena Heat, and Ashland Pride are available now.
R.E. Butler, Author
Blog:  www.rebutler.wordpress.com
Tweet with R.E.:  @rebutlerauthor
Facebook:  www.facebook.com/R.E.ButlerAuthorPage

R.E. Butler is giving away 15 e-book copies of The Wolf’s Mate Book One: Jason & Cadence and here is an excerpt to wet your whistle:

**Excerpt**
“I’ll just grab a cup of coffee, Jas.” She said, and he said, “Michael will bring you a cup.  He’s in the kitchen making breakfast.”
She sat down on his lap on the easy chair and pecked his cheek.  “Michael’s making breakfast?”  Although an excellent cook, Michael was notoriously lazy when it came to cooking for others.
Bo and Linus started to snicker and she looked at them, but they wouldn’t meet her eyes.  Jason called for Michael, and she heard the unmistakable sound of heels on linoleum.  She nearly died when Michael came into view, wearing a French maid’s uniform complete with fishnet stockings and black pumps.  He grinned at her and curtsied awkwardly.  “My lady.”
“What the hell?” she sputtered in shock.
Jason made a gesture with his empty mug, and Michael took it from him and clunked off into the kitchen after asking if she’d like coffee, too.  “It’s his punishment, part of it anyway, for breaking the alpha order not to tell you that you were my mate or alpha.”
“You put him in a dress as punishment?”
“Well,” he tweaked her chin, “I’m not really mad that he did it, but I had to do something to show that I respect the old alpha rules and laws.  There’s no hard and fast rule for punishments for these sorts of things.  So he has to wear that and serve breakfast to us.”
“And the other part of his punishment?”
“He’s going to be your lackey today while I go into the shop and see how things are going.  He is yours to abuse.”
She shook her head with another laugh and accepted her coffee from Michael without making eye contact with him.  He had hooker red lipstick on, for goodness sake!  Her best guy friend made her coffee just the way she liked it, sweet with whole milk, but the only thing she could think of was what he’d filled out the top of the costume with and whether he was actually wearing a garter belt.
Michael called them into the kitchen for breakfast several minutes later, and they sat down while he clomped around the kitchen like a foal on unsteady legs and put bowls and plates of food down.  He made a feast for an army with scrambled eggs, buttered toast, oatmeal, hashbrowns, and sausage links, and Cadence filled her plate first on Jason’s order before the rest disappeared in a flurry of forks and pleased grunts.  Seconds were out of the question for her.  It never ceased to amaze her how much they could eat.
While the boys talked about the shop, Jason winked at her, and she marveled at how relaxed he seemed, even in the midst of a lot of bad shit.  Maybe that’s what being mates meant.  That they could comfort each other, support each other?  That nothing seemed quite so bad when you were with the person that you loved and they were safe.  She didn’t need to wonder how pissed he was at Chris, because she knew how she would have felt if someone had injured Jason so severely.  Chris was going to suffer, and Jason was going to enjoy it.
After breakfast, Jason kissed her goodbye, promising to be back by lunch and to also stop by her house and get her bathroom stuff.  When they were gone, she insisted Michael take off his heels before he wrenched his ankle and then helped him with the dishes.
She gave his fake boob a poke.  “What the hell is in here?”
He laughed and pulled the top down part of the way to reveal a grapefruit.  She groaned into her hands.
“Hey, I know it’s been a while since I’ve seen a real tit up close, but I think I remember the basic shape.  What would you have used?”
“Oh, hell, Michael, I have no idea what a man uses to stuff a maid’s uniform.  Where did you get it anyway?”
Another of his shit-eating grins lit his face.  “From the plus-sized section of the lingerie store in Sweedesboro.  I’m a woman’s extra large.”  He was so proud of that fact that she laughed until her side ached.
Twirling like a little girl in a tutu, he pirouetted for her, and the skirt fluffed up to reveal black briefs and garters.  She would never look at him the same way.
“Michael, I love you.  You’re my best friend.  But please, please don’t ever wear a dress again.”
“I make no promises.  But I love you, too.  Alpha.  Sister.”
He tucked his finger under her chin and smiled at her, the ease and pleasure in his eyes said he was glad she was with Jason now.  And she was, too.

Enter my Red, White, and Wolf Giveaway now for a chance to win this book along with other hot alpha prizes!