In case you missed it—it’s here—I mean it’s finally fucking here! The Mistress which I’ve been dying (ok, not literally) to read since I devoured The Prince just came out. Go… buy it… Now… Ok, why are you still reading? You don’t know who the infamous Nora Sutherlin is? Read on or I shall whip and beat you into submission: 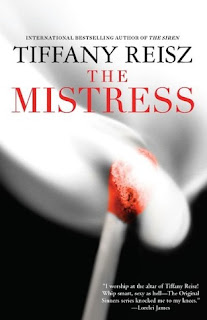 There’s punishment-and then there’s vengeance.
Nora Sutherlin is being held, bound and naked. Under different circumstances, she would enjoy the situation immensely, but her captor isn’t interested in play. Or pity.
As the reality of her impending peril unfolds, Nora becomes Scheherazade, buying each hour of her life with stories-sensual tales of Søren, Kingsley and Wesley, each of whom has tempted and tested and tortured her in his own way. This, Nora realizes, is her life: nothing so simple, so vanilla, as a mere love triangle for her. It’s a knot in a silken cord, a tangled mass of longings of the body and the heart and the mind. And it may unravel at any moment.
But in Nora’s world, no one is ever truly powerless-a cadre of her friends, protectors and lovers stands ready to do anything to save her, even when the only certainty seems to be sacrifice and heartbreak… 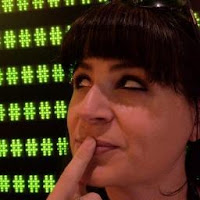 About the Author:
Tiffany Reisz lives in Lexington, Kentucky with her boyfriend (a reformed book reviewer) and two cats (one good, one evil). She graduated with a B.A. in English from Centre College in Danville, Kentucky and is making both her parents and her professors proud by writing BDSM erotica under her real name. She has five piercings, one tattoo, and has been arrested twice.
When not under arrest, Tiffany enjoys Latin Dance, Latin Men, and Latin Verbs. She dropped out of a conservative southern seminary in order to pursue her dream of becoming a smut peddler. Johnny Depp’s aunt was her fourth grade teacher. Her first full-length novel THE SIREN was inspired by a desire to tie up actor Jason Isaacs (on paper). She hopes someday life will imitate art (in bed).
If she couldn’t write, she would die.
Twitter: @TiffanyReisz
Facebook:  https://www.facebook.com/littleredridingcrop
Website: http://www.tiffanyreisz.com/