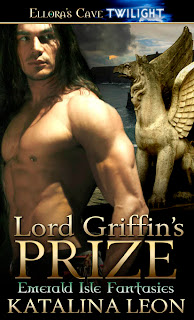 I’m an artist, an author, mother and wife. I write for Ellora’s Cave, Loose Id Publishing and a couple new publishers to be announced soon. I try to bring a touch of the mystical and a big sense of adventure to everything I write because I believe there’s a bold, kick-ass heroine inside all of us who wants to take a wild ride with a strong worthy hero.