I grew-up as a Christmas Catholic (i.e. my mother only took us to church on Easter and Christmas). Oh, the exception is when I went through the sacrament of First Holy Communion in my virginal white dress. Even at age eight I was precocious and asked questions my CCD teacher either could not answer or wouldn’t answer with enough intelligence to satisfy my curiosity. Perhaps that’s why now Monsignor calls me a “piece of work” but I take it as a compliment.

Actually, I’m a religious hodgepodge that combines influences from my mother being Catholic, my father being Lutheran, and my step-father being Methodist. None of the above meshed well with my earthy ‘live and let live’ creed and the belief that the reason we have so many denominations is that we each connect with the divine on our own terms and ultimately each road leads you to the same source. As I’ve said before… There are lots of ways to cook an egg.
Besides I agree wholeheartedly with Karl Popper when he said, “We all remember how many religious wars were fought for a religion of love and gentleness; how many bodies were burned alive with the genuinely kind intention of saving souls from the eternal fire of hell.” AMDG or TG we have a free-thinking Jesuit pope as the new guy at the Vatican. And no, AMDG does not mean OMFG but maybe it should because that’s how I felt when Pope Francis washed and kissed the feet of two women at a juvenile detention center. Finally, we have someone progressive and maybe eventually not only condoms but birth control pills will be accepted in our doctrine.
Ok, maybe that was a bit of a stretch.
It was difficult growing-up in a faith that damaged my sexuality because of my mother’s interpretation of archaic dogma. However, I was not to be discouraged by a hypocritical system that allowed men to act out their desires but labeled women that did the same as a slut. I used to snag trashy romance novels from a babysitter’s shelf at a young age and read enough articles in Playboy magazines in my father’s bathroom to learn that sex is normal and healthy. Sorry Dad if you’re reading my blog 🙂 I am to this day a voracious reader and growing-up I had a particular fondness not only for romance but for paranormal romances and fantasy. L.J. Smith was a favorite of mine before the CW ever made her Vampire Diary series popular. In fact, I used to stash books under my bed to access when I was grounded which was a lot.
But even romance novels stereotyped women as needing to be saved by the hero, ultimately worship at his feet, and be virginal or at least morally pure. Writing romance has never been more exciting. We’ve finally come to a place where women’s sexuality is embraced and freaky is celebrated as long as it’s consensual. Why do we all love Nora Sutherlin? It’s because she’s modern, she’s real, and even though she’s fictional—she’s three dimensional. She makes bad choices and acts on her desires. It makes it acceptable for someone like me to write smut, teach CCD, and drink a Bloody Mary after class.

I’ve been a stay at home mom since 2008 because I decided if I was going to have children I wanted to be around to raise them. I cook but I didn’t always like to because I lacked proficiency in anything other than ramen. I clean but only dust once a week. Ok, if I’m being completely honest there are weeks that get skipped. The only time I watch TV is when I’m folding laundry which I hate. I breastfed my children, and with the last one, we had a water birth at home too. However, you will find toys scattered on the floor and while I love to garden, I’m a terrible plant killer. Thankfully there are no Ents because if there were they’d come after me to exact their revenge. (And yes I’m a nerd.) But being a housewife no longer means putting on make-up and holding a martini at wait by the door.

Jane Austen books are classic and she was really good at writing financially and educationally disadvantaged heroines which reflected the role of women within society. I write romance because I love reading it.  Now we can write a different kind of heroine—one that we can actually live up to or one that we wish we were brave enough to be. 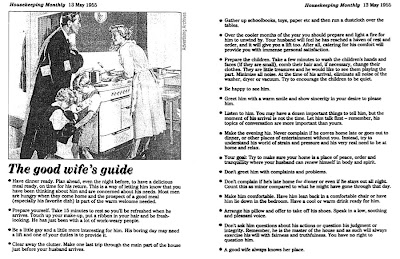 My Sunday Gift to You: The Best Bloody Mary You Will Ever Have