I know some people think you should stick with one genre, grow, and only when you’ve gained some success should you play around with another genre. I think that’s fairly valid, but there’s time when you might want to have fun and an idea for something out there comes to you. Pssst…. Go for it! Don’t let yourself risk being stuck in a rut when you want to play.
Surrendered is the second erotic fantasy romance I’ve written with Captivated its companion story being the first. When I saw the call for submission on the winter collection, I thought it sounded amazing. I’d be able to toy around with a medieval fantasy world and journey to a land of kings and queens and nobles. I hadn’t written about elves or fae. My forte was werewolves and technomages. But writing these stories were new and exciting.
I had to do all kinds of research for these books, especially on the types of fae (both light and dark) as well as medieval manors, clothes, and furniture. But I loved learning about the setting, probably because I started college life as an English/History double major. I definitely geek out about the medieval and Renaissance period.
As I tell people I broach the subject with, if I had to do college over again (yeesh, the nightmares!), I’d choose History in a heartbeat. Not to say I don’t love the English language because I do, but I’ve learned more as an RWA member than I ever did in college. But I digress…
Practice your craft, hone your skills, and don’t chase trends. But if you find yourself wanting to try something new, try it. It may be the perfect fit you were looking for.
If you’re interested, the genres I’ve toyed with are: urban fantasy, paranormal romance (mainstream and erotic), cyberpunk romance, fantasy romance, post-apocalyptic paranormal romance, a sweet contemporary, and an unfinished romantic suspense.
Most of them are in the speculative fiction category, but one thing is for sure, I know that sweet contemporary isn’t my go-to genre! Writing it was like pulling teeth. I kept wanting to throw in zombies and werewolves.
Do you experiment with genres? Or are you set with one you feel most comfortable?
Thanks for having me here, A.C.!

The relationship between Niamh and Doyle brought to mind the archetypal damsel in distress with her hero being a ruthless mercenary with an allegiance to no one who she tames. Sarah Mäkelä brings a twist to this characteristic tale by creating a fey-filled story world in this well-written novella. If you love fairies and steamy sex then you’ll enjoy Surrendered. 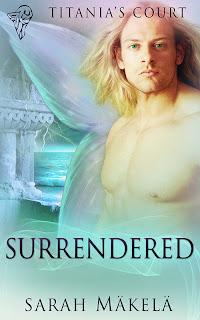 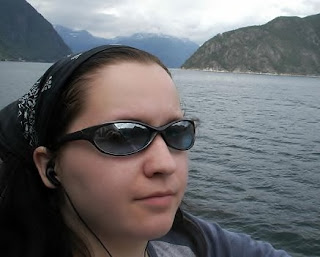 Sarah Mäkelä lives in North Carolina with her husband and cats. When she’s not writing, she enjoys reading, computer and video games, and travelling all over the world. She is a member of Romance Writers of America, as well as the Heart of Carolina Romance Writers and the Fantasy, Futuristic, and Paranormal chapters.