A Mating Dance, Ashwood Falls #2
By Lia Davis
She’d fought fate against one, but she’s no match for two.
Senior enforcer, Cameron Nickels has found her perfect mate. Blaine Andrews, leopard Pack Marshal, is strong, dominate, loyal, and passionate. He knows all her strengths and weaknesses—not to mention her pleasure points. Cam’s known Blaine most her life, but she’s always felt like something was missing and her jaguar refuses to fully accept him. Yet, she can’t walk away from him. When architect and sexy mountain lion shifter, Graham Griffin, comes to town to design the new den nursery and school, Cameron finds herself in a mating dance that throws her and her jaguar into flight mode while Blaine must decide if he cannot only share his mate, but welcome another.
After his lover walked out on him a year ago, Graham has no intentions of entering another relationship any time soon. But he realizes that the fates have other plans for him when he meets Blaine and Cameron. When his ex-lover’s children are chased into Ashwood territory by a group of rogues, he discovers the male he shared a life with had died freeing the kids from the Onyx Pack. Graham must work side-by-side with the two enforcers to uncover lies from the past while his heart opens to his true mates.
Warning: Contains one-hot headed leopard, a man who thought he’d lost it all, and a woman who is about to rub up against both in the best possible ways.
Where can I find these books?
Digital:
Amazon, B&N, or ARe
Print:
CreateSpace or Amazon
Other Ashwood Falls books:
Winter Eve (prequel)
A Tiger’s Claim (book 1)
**Excerpt**
Cameron sat at Dani and Nevan’s dining table with Max balanced on one knee as she helped him cut his waffle, dip it into the syrup, and bring it to his mouth. When he dropped the fork and stuck his hand in the syrup, she squeaked and grabbed his wrist. Graham came over with a wet cloth to clean him up. Max grunted his frustration then gripped Cam’s hair with his sticky fingers, tangling his fingers around the strands. “Oh, Max.” Cameron stood, only to come nose-to nose with Graham.
Her skin heated and her heart skipped a few beats. His blue eyes darkened slightly, then a flash of bright blue told her that his puma wasn’t far from the surface.
Graham gripped Max’s hand and tried to unwrap her hair from his sticky fingers. Cameron laughed, trying to ignore the heat blooming between them. “You’re making it worse.”
Graham drew his brows together, making him even more handsome. She let her gaze travel over the masculine lines of his face. His skin was tanned, as though he worked long hours in the sun. He had high cheekbones and an average size nose that was just right for him. When her gaze fell on his lips, she wondered what they would feel like against hers. His lips were slightly full, the bottom one begging for her to bite it. When his blue gaze met hers, a wash of desire rushed through her, heating her skin even more.
Good Lord, what the hell was wrong with her? She had a mate, or could have one if she’d get past her commitment issues. She damn sure didn’t need another.
The front door opened, drawing her attention to Blaine as he walked in and shut the door behind him. Cameron immediately met his glare with one of her own.
Damn possessive male.
She stepped away from Graham and went to the kitchen sink to wet her hair and untangle Max’s hands. A moment later Blaine was at her side, he pressed a kiss to her cheek and then took Max from her. Her heart lurched as the little guy started crying and kicking his feet.
Graham appeared and took the wailing child from Blaine, and Cameron swore she heard a growl come from one of them.
Drying the ends of her hair with a kitchen towel, Cam stepped between them, giving Blaine a narrow-eyed glare. “Are you done?”
His leopard flashed in his eyes, and he leaned in to growl, “Not with you.” 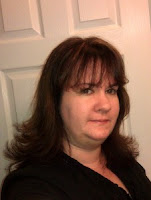 Lia Davis is a mother to two young adults and two very special kitties, a wife to her soul mate, a paranormal romance author, graphic designer, and co-owner to Fated Desires Publishing, LLC. She and her family live in Northeast Florida battling hurricanes and very humid summers. But it’s her home and she loves it!
An accounting major, Lia has always been a dreamer with a very activity imagination. The wheels in her head never stop. She ventured into the world of writing and publishing in 2008 and loves it more than she imagined. Writing and designing are stress relievers that allow her to go off in her corner of the house and enter into another world that she created, leaving real life where it belongs.
Her favorite things are spending time with family, traveling, reading, writing, chocolate, coffee, nature and hanging out with her kitties.

Savannah Stuart has been reading romance for as long as she can remember. When she discovered erotic romance, she knew she’d found her niche. Her stories often have a touch of intrigue, suspense, or the paranormal, but the one thing she always includes is a happy ending. She currently lives in the South within walking distance of the beach with her very own real life hero. In addition to writing (and reading of course!) she loves traveling with her husband.
Claiming His Mate
She thought the house was empty when she broke in…
When jaguar shifter Lauren Hayes breaks into an alpha’s home to steal back what rightfully belongs to her pride, she doesn’t expect to be tackled by Max McCray, second-in-command of the Kincaid wolf pack. As punishment for her crime the sexy wolf shifter demands that she stay with him for one week. Knowing she’ll start a war between her pride and his pack if she doesn’t, she has no other choice but to agree, even if the thought of being near him 24/7 makes her scared that she won’t be able to hide her growing attraction to him.
Now he has a week to make her his…
Max has waited months to make a move on the sexy jaguar shifter and now that she’s broken shifter rules, he’s not letting her go. He doesn’t care that he’s a wolf and she’s a jaguar, claiming her forever is the only thing that matters. Unfortunately, not everyone likes the idea of him being with a feline shifter. Max is forced to choose sides between Lauren and members of the pack he’s sworn allegiance to in order to protect the woman he knows is his destined mate.
Amazon
Amazon UK
Barnes & Noble
Kobo
**Excerpt**


Moving quickly and quietly she went to the most obvious place to hide a safe. The closet. Nothing there. She searched behind picture frames next, then everywhere else she could think of before moving to the next room. The door was open to reveal an office.

Pausing, she could hear only the wind and waves outside. There were residual scents in the house but that made sense. She stepped inside the room, her boots silent against the rich hardwood floor. Two steps in, she realized she wasn’t alone. It was like an abrupt assault on her senses and her inner animal simply knew.

Before she could turn fully around, she was tackled to the ground by a huge male. Definitely supernatural.

Strong, muscular arms encircled her from behind, throwing her to the ground, the male on top of her. Somehow he managed to angle their fall so he took the brunt of the impact on his arms. All the air left her lungs in a whoosh as panic slammed through her. She hadn’t heard him, hadn’t even scented him. That alone told her how dangerous he was.

Though all her animal instinct told her to fight, she knew she was at a disadvantage. Going limp, she didn’t struggle. The second she was set free or her captor loosened his grip, she was running. Wolves might be strong, but jaguars were wicked fast. In human and shifter form.

“What the hell are you doing sneaking around in wolf territory in my alpha’s fucking house?” a familiar male voice said near her ear, a trickle of his fresh scent that reminded her of the beach in winter enveloping her.

She hadn’t scented him before, probably because of her own fear and panic at doing such a stupid thing—but now his scent covered her. She shivered at the sound of Max McCray’s voice. Kincaid’s second-in-command. He was supposed to be at the Crescent Moon Bar tonight working.

Lauren swallowed hard. “I want my family’s fucking jewels back,” she gritted out. There was no sense in lying. He’d be able to scent the bitter, acidic stench if she tried. She could normally cover her scent well, but right now she was nervous and couldn’t keep her gift under control. Blind panic hummed through her, her inner jaguar telling her to run, run, run.

But she couldn’t. Not with Max’s massive body on top of her, keeping her pinned in place.

She was ashamed to admit that she’d had more than a handful of fantasies about the dark-haired, muscular shifter with the piercing blue eyes. None like this, with her flat on her stomach and him behind her… Okay, that was a lie. She’d had those types of fantasies too. Of course they’d both been naked and she hadn’t been working as a thief.

“Such language,” he murmured, his mouth next to her ear before he lightly inhaled her scent. There was an almost sensual note in that voice.

She stiffened in his arms, worried about what the hell that meant. Yeah, she might have fantasized about the guy after meeting him once, but that was it.

He let out an angry curse. “I’m not going to hurt you,” he growled, as if he’d guessed her train of thought.

“How’d you know I was here?” she demanded even though she had no right to be making any sort of inquiry. Not when she was the intruder, the would-be thief.

“What do you think?” she snapped, hating that she really liked the feel of him on top of her. She just wished she could turn around and see his face.

“I think you’re a fool to break into an alpha’s home right in the middle of wolf territory. Your fucking pride sent you? A child?”

Child? An unexpected surge of rage slammed through her. Acting on instinct, she reared back, butting her head right against his face. She didn’t hear anything break, but it hurt her head enough that she knew it affected him. Even if he didn’t loosen his grip.

He snarled low in his throat. “Damn it, woman. There are shifters outside posted all around the house. I’m letting you up. If you run, I’ll tackle you again. And if you manage to get away, another one of my packmates will catch you. They won’t be as gentle as me.” His voice was low, but it sounded as if he was speaking through clenched teeth.

She knew when to pick her battles and right now she needed to see how much trouble she was in. “Fine. I won’t run.” At least not yet.